Garlic, known in the scientific world as Allium Sativum, is of genus Allium that belongs to the species of onion. Garlic is known to be used both for flavoring dishes and medicinal purpose for nearly 7,000 years. In Asia, garlic was considered as a wonder drug with magical powers to heal, by the people who practiced herbal medicines to cure various illnesses. Originating from Central Asia, garlic was used in the form of fresh pods, dried, aged, or oil for different medical purposes.

Recently much attention has been given to this herb used for flavoring, following the suggestion that consuming garlic on regular basis could cut the risk of stomach and colon cancer noticeably. Garlic contains allicin which is highly valued for its medical values; in addition, it also contains sulfur compounds that are known to help fight various ailments.

With high claims to boast of, garlic has been researched and studied scientifically to find evidence about its healing properties. The studies show that garlic is most multipurpose healing herb that can help in maintaining overall wellness of our body. 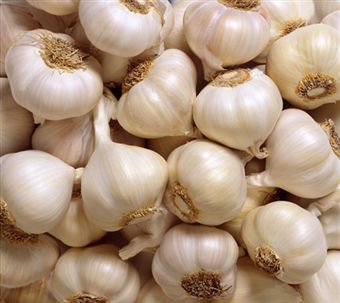 Long known among herbal medical practitioners as a cure-all herb, garlic has reputation of having abilities to heal heart problems, control cholesterol levels, bring down blood pressure and also heal colds, cough, fever and various infections. It is a known fact that garlic was extensively used during World War I and World War II for its antiseptic properties to prevent gangrene.

Aged garlic when taken in right proportions has shown effectiveness in healing complication of diabetes mellitus. In some places in India, garlic is used as antidote to snake bites. Topical use of garlic oil heals ringworm, itching and athletes foot and also there have reports that therapeutic use of garlic prevents certain cancers.

Crush 3-4 cloves of garlic and let them stand for 20 minutes. Letting garlic stand will convert an enzyme called alliinase which was released when crushing the garlic into allicin. Add this to hot milk and boil it until the garlic becomes soft. Drinking the milk along with the cooked garlic is known to give relief from bloated feeling in stomach, gastric problems and indigestion.

Cut cleaned garlic cloves into 2-3 pieces and add it to 2 quarts of water. Simmer it for at least an hour. Strain the brew and sip it when still warm. If required, add honey to enhance its taste. This pleasant brew is known to give relief from nagging cough immediately.

Eating 1-2 cloves of fresh raw garlic is known to help in controlling cholesterol besides improving vision by clearing the crystalline lens of the eyes. Garlic was thus used in treating cataracts for ages.