Turmeric, known as Curcuma Longa in science is a herb of ginger family, which was first used as a dye, before the Ayurvedic practitioners discovered its medicinal properties. Indians had great insight into the medicinal properties of herbs, even before anyone had known of their existence in the western world. Turmeric was harvested as back as the times of Harappan civilization.

It is said, that spices were used by Indians not just to flavor the food, but most of the times they served a medicinal purpose, or contradicted the ill effects of heavy oily meals. Turmeric which is packed with tons of benefits, was added into every curry or gravy prepared in India. People used it for flavor, color and at times just because it has been the way of cooking, while not realizing they were taking care of their health in the process. 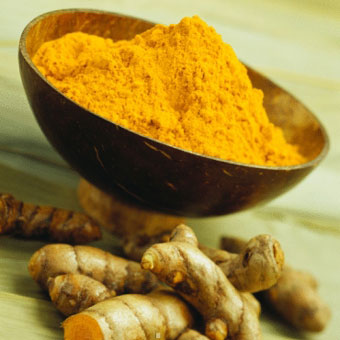 With the cosmetic industry realizing the antiseptic and anti-inflammatory properties of turmeric, it gained fame as a good skin product which attracted attention of the western world. The greatest discovery in favor of turmeric has been its astonishing ability to boost the immune system, which has got it attention from the medical world.

The greatest potential of turmeric lies in its antioxidant property that can help protect cells from radical damage. The curcuminoids found in turmeric deliver antioxidants known to be 5-8 times more powerful than Vitamin E, which can even scavenge the hydroxyl radical, the most reactive oxidant.

Since time immemorial, people in India have used the turmeric paste to heal cuts, wounds, bruises and bumps effectively. 1 tsp of turmeric mixed with 1 tsp of Aloe Gel heals burns quickly. The Indian brides get turmeric, milk cream and gram flour paste rubbed on their bodies before wedding for a special glowing spotless skin. It also helps in reducing acne, psoriasis and inflammatory skin conditions.

¼ tsp of pure turmeric powder, mixed with a glass of boiling milk and consumed when sufficiently hot will ease cough and remove infection of throat. This mixture is good for digestive health, metabolism and arthritis, when taken after cooling.

Turmeric mixed with olive oil to form a smooth paste and applied on the wart overnight, will heal it. Rubbing the rough skin off with pumice stone will help it heal faster.

A tsp of turmeric consumed with every meal can help increase the flow of bile to effectively break down dietary fat, which helps in reduction of weight in obese people.

A paste of ½ tsp turmeric powder, 2 tsp honey, mixed with 1 tsp of pure ghee, applied in mouth at night will heal stomatitis.

In Cancer and Alzheimer’s

Extensive research is being conducted to substantiate the property of turmeric in preventing neurodegenerative diseases and growth of cancer cells.