Now orchids may be stunning, exotic blooms to most of us – and most of us would think little about them except how well they enhance any setting. But did you know that it is a very important flower from the point of view of feng shui? Orchids, known to the Chinese as the ‘King of Fragrant Plants’, are supposed to represent fertility. Orchids are widely used in several different cuisines – to chicken and mutton dishes as well as a fragrant ingredient for soups.

Since ancient times, orchid flowers have been thought to have several health giving benefits. There is some evidence to show that the ancient Greeks used orchids for their medicinal properties as well as an aphrodisiac. Even to this day, orchids are used in several types of complementary or herbal remedies, particularly in traditional Chinese medicine.

TCM or Traditional Chinese Medicine uses orchids extensively for combating various different ailments. Of the thousands of species of orchids known to us, about 50 orchid species are used for formulating Chinese herbal medications. It is mainly the stems and bulbs that are used as ingredients for herbal medications rather than the actual flower because it is these parts of the plant that are rich in nutrients. There is evidence to suggest that the Chinese have been using orchids as medications since 2800 BC. 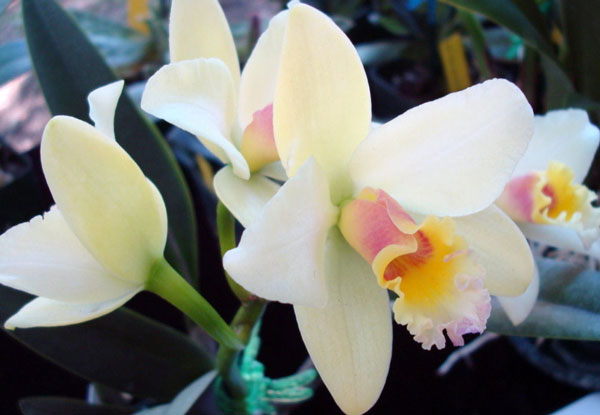 Orchids help to create medicines that help in relaxation and to get a restful night’s sleep. Dried orchids are thought to help build up the immune system which makes the body resistant to infection. They could also help improve the libido and fight fatigue. Orchids are also sometimes used as a part of alternative treatments for cancer. They are also thought to have a beneficial impact on vision.

Orchids, including the flowers and other parts of the plant may be dried and ground up and then added to various herbal preparations. They can also be consumed in the form of teas. Certain orchid species are collected, quick dried and then sealed to be used for making herbal tea. This is thought to help combat insomnia and to improve blood pressure levels naturally.